Tales From the Crypt and The Vault of Horror Film Tie-ins: The Crypt and Vault Keepers are not Amused

Tales From the Crypt and The Vault of Horror Film Tie-ins.
The Crypt and Vault Keepers are not amused.
(And neither is Uncle Doug)

Back during the early 1970s the British producers Amicus created for themselves a well earned reputation for producing Horror Anthology films. Three of these relied on the works of Robert Bloch. They were , Asylum and The House That Dripped Blood . All three were highly entertaining films that displayed quite a good understanding of what made their source material function so well.

Sadly this can't be aid to their foray into the world of EC Comics.

Tales and Vault are more than adequate chillers.
So long as you are totally unfamiliar with EC horror comics.

Both films are based upon classic EC tale and are fairly faithful adaptations.
It's a shame that these two film are totally lacking in the gleefully ghoulish humor that was EC's trademark.

Both of these "Books to the Films" are straight up adaptation to the screenplays.
So what you basically have is the film being retold blow for blow. No improvements or changes. Just a straight retelling of the script.
In other words......
These books are booooring!
They bored me as a kid and they bored me as an adult.

This is criminal considering that these were adapted by Jack Oleck.

Why is this criminal you may ask?

He should have known what it would have taken to turn out entertaining novelizations.
But then again, maybe improvising was forbidden.

Alan Dean Foster would have done a much better job and have done both the films and the EC legacy justice. 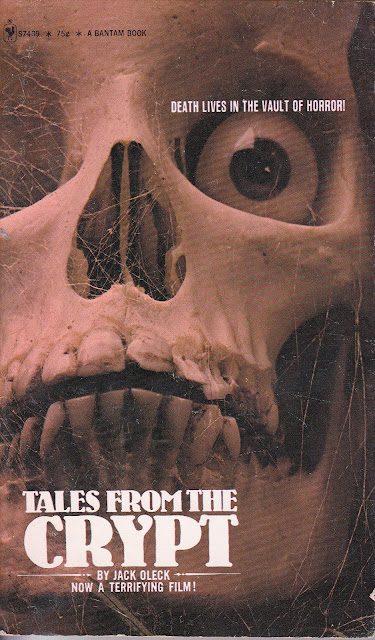 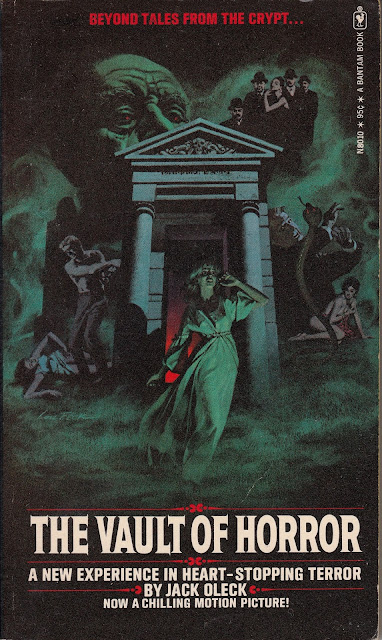 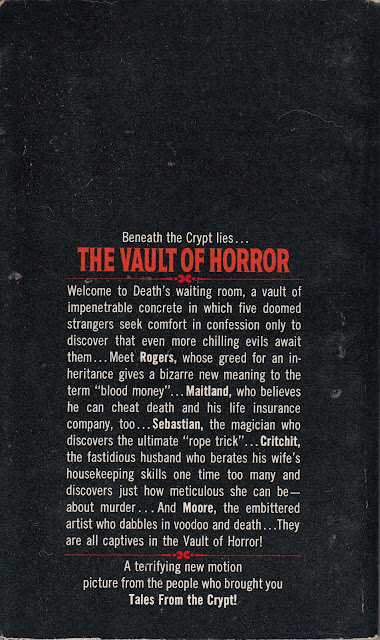 Trivia Time!!
The Producer had not access to EC comics and based Tales  on The Vault of Horror (Ballantine, 1965). and Tales from the Crypt (Ballantine, 1964)
Both of Which I covered HERE!